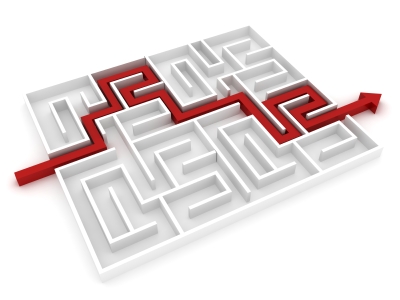 A federal appeals court panel of three (3) judges has issued an opinion that may make it more difficult for plaintiffs to prevail in sexual harassment cases against their employers in federal courts in Georgia, Alabama and Florida.

The sexual harassment case involved allegations of sexually inappropriate and harassing conduct by Leonard Cavaluzzi, a Regional Human Resources manager for Home Depot in Jacksonville, Florida. Plaintiffs David Corbitt, a Home Depot store manager in Mobile, Alabama and Alexander Raya, a Store Manager in Pensacola, Florida, claimed in their lawsuit that Cavaluzzi began making inappropriate sexual overtures to them within a month of being transferred to their region in March, 2005.

As set forth in court papers, Corbitt claimed that Cavaluzzi made sexual statements in regular telephone calls that started out as business-related but became increasingly personal. Corbitt alleged that Cavaluzzi said he "could not stop thinking about" Corbitt, called Corbitt "small" and "cute," and said he liked Corbitt's "baby face" and dark tan. Cavaluzzi allegedly asked Corbitt if he wore "boxers or briefs or nothing," whether he shaved his body, and if he colored his hair, remarking on what color Corbitt's hair must be "down there, too." Corbitt says Cavaluzzi told him he knew Corbitt was not gay but he would "like it."

Raya claimed that in telephone calls Cavaluzzi would ask what he was wearing and if he wanted to meet for drinks. Cavaluzzi allegedly told Raya that Raya "always dressed so nice," was "cute," and had beautiful hair. He purportedly told Raya he liked his green eyes and said "you're the Italian heifer that I like."

The plaintiffs asserted that during in-person meetings Cavaluzzi massaged their necks and shoulders, played with their hair and hugged them in front of other managers. Corbitt contended that in one incident he was working in a store training room when Cavaluzzi put one of his hands on Corbitt's shoulder and rubbed Corbitt's stomach with the other hand. Raya testified that at a Pensacola store grand opening Cavaluzzi gave him a hug during which Cavaluzzi's body was touching Raya's "privates." Raya alleged that in another incident Cavaluzzi put his arm around Raya's shoulders while putting his hand on Raya's leg under a table where they were seated.

In December 2005, after the plaintiffs reportedly complained to various Home Depot managers about Cavaluzzi's actions, they were fired from their jobs. The company says the harassment stopped as soon as the plaintiffs formally complained, and Corbitt and Raya were terminated for violating company policy related to discounting, not in retaliation for complaining about sexual harassment.

Corbitt and Raya filed suit against Home Depot in the Southern District of Alabama. Chief U.S. District Judge Callie Granade denied the company's request for summary judgment (dismissal) as to some of their claims—negligent training, supervision and retention—and the parties settled those claims. But the district judge granted Home Depot's summary judgment request as to the plaintiffs' claims of sexual harassment, retaliation for complaining about harassment and state law torts of assault and battery, outrage and invasion of privacy. The plaintiffs appealed the part of the ruling which dismissed some of their legal claims to the federal 11th Circuit Court of Appeals in Atlanta.

In July, 2009 a three (3) member panel of the 11th Circuit Court of Appeals issued its ruling that the plaintiffs' claims of retaliation should survive Home Depot's motion for summary judgment (dismissal) and should be decided by a jury. But the panel divided over the sexual harassment claims and some of the state law claims, and the majority dismissed the sexual harassment claims.  The majority held that the plaintiffs did not have a viable sexual harassment claim against Home Depot despite evidence that, among other things, their manager made comments suggesting that he was sexually attracted to them and touched them in arguably inappropriate ways.

After nearly five months went by, with no party filing a motion for rehearing by the panel or full court, the court issued a new majority opinion. The outcome was the same, but Judge Charles R. Wilson revised some aspects of the portion of the majority opinion dealing with the sexual harassment claims. In the July, 2009 opinion, Judge Wilson had emphasized that many of the instances of which the plaintiffs complained were not sexual in nature. In the December, 2009 opinion, in contrast, he said the majority was assuming for purposes of argument that much of the conduct was sexual, but he wrote that a number of the complained-of incidents involved what many would consider innocent behavior that was not offensive to a reasonable person.

"For example," Wilson wrote, "Cavaluzzi telling Raya that he liked how Raya dressed may not be appropriate workplace conversation, but under most circumstances it is not highly objectionable. Similarly, Cavaluzzi's comment that he liked the way Corbitt dressed could best be characterized as a compliment. That Corbitt and Raya may have subjectively interpreted these comments as sexually offensive does not change the analysis under the objective component." "Flirtation is part of ordinary socializing in the workplace" and doesn't constitute discrimination, continued Wilson. "Although the [plaintiffs] may be subjectively more uncomfortable because a presumably gay man made the flirtatious comments," he wrote, "this does not factor into the objective component of the analysis."

Senior U.S. District Judge Patricia C. Fawsett of Orlando, Florida dissented from the majority opinion. In her dissent, she noted that the other two (2) judges on the three (3) member panel (Judges Wilson and Cox), failed to allow claims over the sort of conduct that reasonable people have come to expect they will be protected from in the workplace. Judge Fawsett stressed that context matters in sexual harassment cases, and individual comments by a sexual harasser cannot be viewed in isolation separate and apart from evidence of other inappropriate and harassing comments and actions. In other words, all of the comments and actions must be considered in concert, not separately and individually.  Judge Fawsett wrote that a jury, not judges, should be allowed to review and interpret all of the facts collectively and should determine whether someone was sexually harassed at work.

"The conduct in this case goes well beyond 'ordinary socializing in the workplace,'" wrote Judge Fawsett. "The [plaintiffs] found Cavaluzzi's conduct offensive, and several of their peers in management testified that they found the conduct to be offensive. While the law utilizes an objective standard to evaluate hostile work environment claims, this standard is justifiable only if it accurately reflects real-life workplace conditions and expectations. When the objective 'reasonable person' standard becomes so divorced from reality that a reasonable person can be unreasonably subjected to discriminatory conduct under the case law, the courts cease to give effect to the statutory language and the remedial purpose of Title VII."

The plaintiffs' lawyer, Edward Hawkins of Mobile, Alabama, said the panel's decision effectively does away with sexual harassment cases in Florida, Georgia and Alabama under federal law. Recounting the various incidents alleged by his clients, Hawkins concluded, "if that's not harassment, what is? It's just about going to take a rape" to prevail on a claim of sexual harassment against an employer.

The effect of the panel's decision on future cases remains to be seen. Without question, this decision will be relied on heavily by employers in their defense of sexual harassment claims by employees. It will be interesting to see whether at some point in the future the full 11th Circuit Court of Appeals will address this issue further.