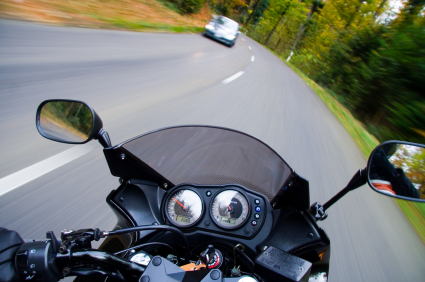 While many people enjoy riding motorcycles for recreation and as a hobby, it can be a dangerous activity. Motorcycle accidents can be debilitating. They often involve serious bodily injury or death. Collisions involving motorcycles can present various, complex issues, including line of sight, evasive maneuvering and involuntary acceleration, to name a few. How and why an accident occurred is not always crystal clear. Our attorneys are knowledgeable and skilled at investigating and preparing motorcycle accident cases for trial. Our thorough case preparation often results in our clients obtaining significant out-of-court settlements, allowing them to avoid the time, expense and uncertainty of a trial.

Approximately 4,000 motorcyclists are killed each year, and more than 80,000 are injured in traffic crashes. Many of these injuries and deaths could be prevented if motorcycle riders and their passengers wore helmets.

Wearing a helmet lowers a motorcycle rider’s risk of fatal injury by close to 40%. Despite the documented effectiveness of helmets, many motorcyclists choose not to wear them, especially when state laws don’t require helmet use. Currently, less than half of the states require helmet use by riders of all ages.

In Georgia, motorcyclists are subject to the same speed restrictions as other vehicles. All motorcyclists are required to drive at a speed that is reasonable and prudent. O.C.G.A. § 40-6-180. Any speed in excess of the following speeds is evidence of unreasonable driving:

In all motor vehicle accident cases it is essential that steps be taken promptly to preserve evidence and thoroughly investigate the accident. If you, a family member or a loved one is injured or killed in an accident caused by the carelessness or negligence of another person, contact Ripper Law Firm PC.

We encourage you to not delay seeking legal representation, as personal injury cases must be brought within the statute of limitations and can be lost forever if not pursued timely.